Top Ville Ben won the Rowland Meyrick Chase at Wetherby on 26th December in impressive fashion, however the Phil Kirby-trained runner had his limitations exposed when finishing a distant third to Santini and Bristol De Mai in the Cotswold Chase at Cheltenham last month.

This disappointing finish has prompted Kirby to withdraw the option of sending Top Ville Ben into the Cheltenham Gold Cup and he has now been scratched from that race. Instead he will be prepared for the 2020 Randox Health Grand National at Aintree in seven weeks’ time.

Nevertheless it remains to be seen whether he makes an appearance in the world-famous steeplechase or in the Betway Bowl in the opening day of the Aintree festival.

Kirby said: “He’ll go straight to Aintree now and he’ll either run in the National or the Bowl. I’ll school him over some National fences, see how he takes to them and then decide which way we’re going to go.

“I just thought it made sense to sit out Cheltenham. Realistically he’s not going to win a Gold Cup, but he might have a chance of getting a bit closer at Aintree, whichever race he runs in.”

Top Ville Ben has been burdened with a weight of 11st 2lb for the 2020 Randox Health Grand National and the trainer felt that the BHA handicapper could perhaps have been a little more lenient.

He continued: “I don’t think he has helped us, to be honest. It is what it is, but he’s left us where we are (on a mark of 162), whereas other horses have had a bit of help and had their marks lowered, or compressed, as people keep saying.

“There’s nothing we can do about it now and we’ll school over some National fences and go from there.”

New customers only. Place your FIRST bet on any sportsbook market and if it loses we will refund your stake in CASH. Max refund for this offer is £30. Only deposits made using Cards or Paypal will qualify for this promotion. T&Cs apply. Paddy's Rewards Club: Get a £10 free bet when you place 5x bets of £10+. T&Cs apply. 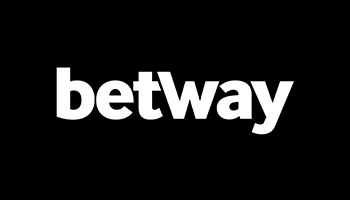