Leading bookies are of the opinion that the 2020 Randox Health Grand National might fall victim to the Coronavirus outbreak. The world’s most famous horse race is due to be held on Saturday 4th April however bookmakers reckon that there’s a 60% chance that it won’t take place on that date.

Over £250,000 is bet on the Grand National – more than any other UK horse race – and it would be a massive blow for bookies were the race not to go ahead as planned. Indeed even if it takes place behind closed doors, Aintree Racecourse will be seriously out of pocket.

Also, we shouldn’t forget the Tiger Roll factor. The Gordon Elliott runner is hoping to make history by becoming the first horse to win the famous race three years in succession – something which even the legendary Red Rum couldn’t manage – however if the 2020 renewal doesn’t actually take place, then the two-time winner will miss out.

Nevertheless with next week’s Cheltenham Festival still going ahead as planned, no final decision has been made regarding the 2020 Grand National, an Aintree spokesman saying: “The global spread of the coronavirus continues to threaten any and all major sporting events and Aintree is one of them.”

The official Grand National website states: “The UK Government has released an action plan which states that although public gatherings – such as sporting events – could be restricted for up to 12 weeks, there are no ‘immediate plans’ to introduce this at the current time.

“Any immediate change in that status would potentially have an impact on Aintree in April.

The action plan released by the government says: “Action that would be considered could include: population distancing strategies (such as school closures, encouraging greater home working, reducing the number of large scale gatherings) to slow the spread of the disease throughout the population, whilst ensuring the country’s ability to continue to run as normally as possible.” 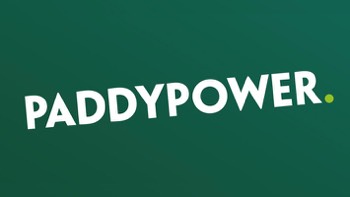 New customers only. Place your FIRST bet on any sportsbook market and if it loses we will refund your stake in CASH. Max refund for this offer is £30. Only deposits made using Cards or Paypal will qualify for this promotion. T&Cs apply. Paddy's Rewards Club: Get a £10 free bet when you place 5x bets of £10+. T&Cs apply.